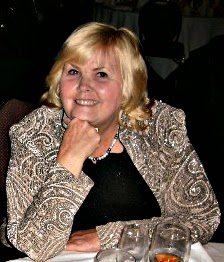 Today I'm hosting Day I of Connie Corcoran Wilson's virtual blog tour, presented to you by The National Writing for Children Center.

Connie is touring the blogosphere to promote her adorable children's book series, The Christmas Cats.

I've been writing for pay since I was ten years old, beginning when I was sent out by my hometown (Independence, Iowa) newspaper to interview the locals. This was, no doubt, a gimmick that local editor Reeves Hall thought would be cute, but it started me on a lifetime (58 years+) spent writing and teaching others to write.

I've taught composition and English classes at all 6 IA/IL Quad City colleges and taught junior high school students for 18 years, before founding the second Sylvan Learning Center in the state of Iowa (Bettendorf, IA, Center #3301) in 1986.

Prior to starting my Sylvan (Nov. 15, 1986), I worked for Performance Learning Systems, Inc., of Emerson, New Jersey, writing "Training the Teacher As A Champion," a 1989 release by that largest-in-the-nation teacher training firm.

In 2003, my daughter was dating a young man, Andrew Weinert, who was a promising artist. Rita, Andy's mother, had been my student during my years at Silvis Junior High School. I asked Andy  to draw  cats attired in "silly hats" promising him, faithfully, that this would become a book. I sent the drawings off to a publishing group that lost all his original artwork. All I had were the scans of his work in my computer. 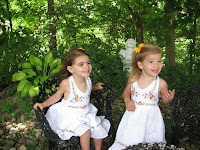 The drawings languished in my computer for a full 8 years before the layout artist, who was helping me with pixel improvement so I could  publish It Came from the '70s: From The Godfather to ApocalypseNow,  said he might be able to do something with the scans, since computers had improved  in the intervening 8 years.

My son and his wife had twin girls in 2009. I wanted to complete the book as a Christmas present for the girls for 2011, when they were two. I approached Andy to do a few more drawings to make the book about "Christmas Cats."

Andy was in the final throes of receiving his PhD in Graphic Arts from Northern Illinois University. He did 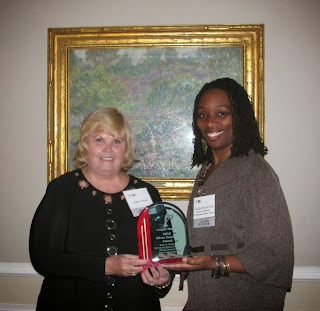 not have the time to take on another project, but the girls' Venezuelan nanny, Emily Marquez, an amateur artist, said she, too, would like to attempt to finish the book as a gift for her young charges. (The book is dedicated to Emily). And so the first book, "The Christmas Cats in Silly Hats," was born, as a Christmas gift for my then-2-year-old granddaughters.

There was no book in 2012, because Andy, post-graduation, was busy.  I began the search for another professional illustrator and found Gary McCluskey, a Rhode Island native, who did a wonderful job bringing the Christmas rats to life.  Gary is working on Book Three now.

To find out more about Connie's tour as well as her next stop, please visit The National Writing for Children Center. 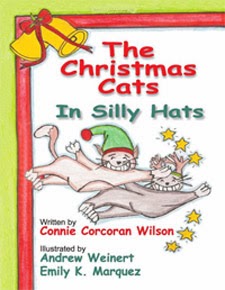 Rosi said…
Those Christmas Cats are awfully cute. Thanks for the interesting post.
December 3, 2013 at 9:30 PM