"My Inspiration Behind Magical Matthew," by Penelope Anne Cole

My guest today is children's author Penelope Anne Cole. Penelope is currently touring the blogosphere with The National Writing for Children Center. Read how she got the inspiration to write Magical Matthew. 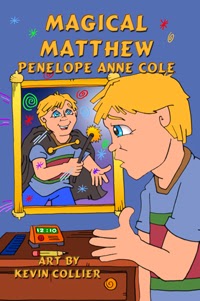 I’m often asked about the inspiration for Magical Matthew. On my daily dog walks around the neighborhood I met a wonderful mother, Allison, who quickly became my friend. Her son, Matthew, is autistic and struggles in school. We’d often talk about education, school problems, and dealing with learning difficulties, since my daughter has special needs, too. One day, when I was walking by their house, Allison told me they were celebrating Matthew’s tenth birthday – double digits – no longer a single digit child. How magical a milestone that is! I often let my mind wander on our walks, so by the time we got home, I had the idea for a children’s story. It was about a boy with magical powers who secretly fixes things for his family and friends. Then I added other characters:  a handicapped playmate, Lily, named after their beloved cat who died recently, and Grandma Nonie, a wise woman, who takes care of Matthew and becomes his sounding board. I gave Matthew some problems, such as not being able to “fix” Lily so she can walk. Later Matthew has to deal with Lily suspecting special is going on with him. I gave him a big disappointment he had to cope with and added a surprise at the end – which led to a second book, Magical Mea. Then I got an idea for a third book, Magical Mea Goes to School, and finally, Magical M and M. After sending the story in, Allison and Matthew kept asking for updates on its progress – none of us prepared for the 14 month wait until it was published. I promised them a book signing. After Magical Mea was published in May the next year, I still had to get my daughter graduated. I finally set up the Book Launch Party for the end of June, complete with a Magician. It was very gratifying to see Matthew going around shaking hands and introducing himself: “Hi, I’m Matthew. I’m the Inspiration.” That was worth everything to me.


Matthew has a secret. In Magical Matthew, a young boy with magical powers secretly fixes things for his family and friends. Later, Matthew expands his magical good deeds by fixing things in his neighborhood. His close friend Lily suspects something is special about him. Worried that Lily will guess his secret, Matthew confides in Grandma Nonie. Should he share his secret with Lily? Matthew must decide whether to tell her the truth or not.

This is a sweet story about using your gifts and talents to help others. It also deals with differences, challenges, and changes as one grows up. 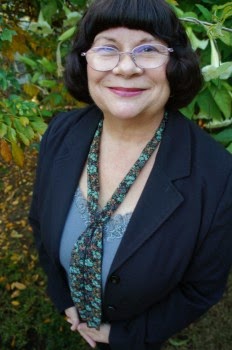 Before writing and reviewing children’s books, Penelope Anne Cole taught every grade level. She tutors elementary, middle, and high school students. to children to help them read on their own and love books is a special joy for Ms. Cole. She is a member of the Society of Children’s Book Writers and Illustrators and the Fremont Area Writers Group of the California Writers Club, and is a Certified Phonographix Reading Therapist with Read America, has a California Multiple Subject Teaching Credential, a Liberal Arts B.A. (English Major), and an M.A. in Education.  She lives in with her family and their rescued dogs and cats.


Connect with the author on the web:

Rosi said…
This sounds like a wonderful series. Congratulations.
February 4, 2014 at 6:30 PM

penelope anne cole said…
Thanks Rosi and Mayra, I think it's a good series to show kids they each have talents and abilities to use for good, to help others and make the world a better place. It also shows that sometimes lessons need to be learned on your own,
February 5, 2014 at 9:47 PM