On the Spotlight: 'The Friend Ship Friendesha' by Joe Scott 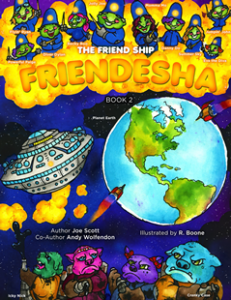 This promo spotlight is part of a 15-day virtual tour sponsored by the National Writing for Children Center, a showcase for children's book authors and illustrators.

Meet the Friendeshans, a lovable race of beings who spread friendship and positive energy throughout the galaxy!  In this first book of an inspiring new series, the Friendeshans encounter the Oily Spoilies, creatures that thrive on meanness and negativity.  What will happen when an Oily Spoily spy gets aboard the Friendeshans' ship?! 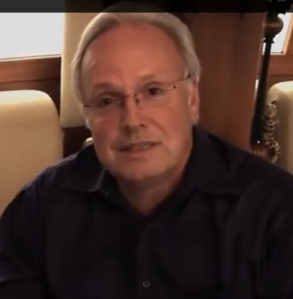 Joe Scott is a contractor and real estate developer who built a thriving enterprise from a truck and a toolbox.  He has negotiated thousands of business deals involving corporate executives, homeowners, bankers, laborers, and union officials.  In addition, he has hired, and been hired by, individuals from every walk of life.  Through these dealings, Joe has learned that all people fall into three types -  givers, takers, and those who both give and take.  Knowing how to recognize and cope with all three types is the key to his success.  In this children's series, he hopes to instill in kids a good foundation for a happy and positive life.  His first book, "The Joe Dial", released in 2011, is age appropriate for those who are 12 to 95 years old.  The Friend Ship Friendesha series is based on the adult book, "The Joe Dial."

Way, way far away, deep in outer space, spun a clean, green planet named Friendesha where all creatures lived together as friends.  This planet was home to the Friendeshans, the happiest beings in the galaxy.  They were bursting with pozzi-power - that's the positive, loving energy inside every living thing.  The Friendeshans had so much pozzi-power they had to give it away!  And so they built a pozzi-powered Friend Ship, the F.S. Friendesha.  The crew of the F.S. Friendesha traveled all around the galaxy, looking for sad and droopy planets that needed just a little bit of extra pozzi-power.  And when they found one, they would go to work.  They'd hide in logs, bogs, and bushes, and whenever they saw a grim or grumpy creature, they'd pop out and give it a "Friendesha" with their glowing, humming wands.  A Friendesha is a special spark that lights up all the pozzi-power that's hiding inside someone.  It can put a grin on the grumpiest grizzle-rat!

Rosi said…
Interesting idea for a series. If he can pull this off without it being preachy, that will be quite an accomplishment. I will have to check it out.
May 12, 2014 at 5:20 PM