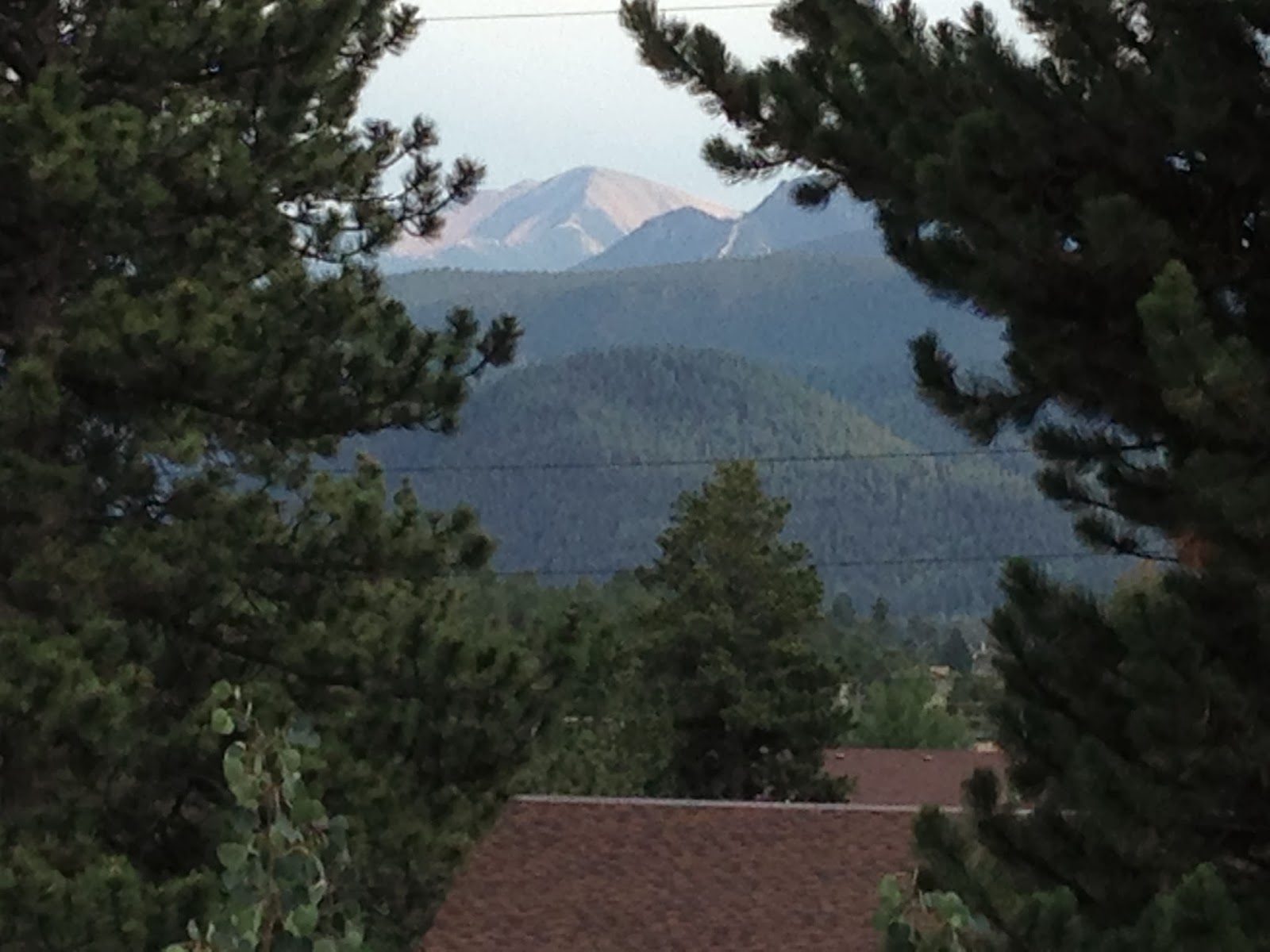 My guest today is Michael Selden, author of the children's middle-grade novel, The Boy Who Ran. The scenery is what he sees from his study window at 8500 ft. in the middle of a million acre park in a town called Woodland Park, Colorado, where he writes.

Writing Tips.  I’m not sure I have many writing tips, its always been a fairly intuitive process for me, I don’t have a single process—sometimes I just start writing and sometimes I plot everything out.  I’m writing a book called I AM and have plotted or described eight other books in the works to different levels of maturity.

For I AM, I sat in a chair for two hours contemplating a plot. The story involves a comet, of sorts, on a collision course with the Earth, so I worked out the orbital elements of the comet, so I would understand where it was during each day of the story, then plotted other elements to parallel the course of the comet.  I put a lot of up front work into this and even plotted the orbit well enough to know what day it would strike the earth.  I also wrote down facts and characteristics for every character. This was unusual.  For THE BALANCE, I had an idea and a general plot; I knew what the forest looked like, but not the placement of specific trees and started with an incredibly literary chapter that needed to be toned down many times. The boy was a kind of theme-based story that evolved as I wrote, but with a deliberate rhythm to the sound of what was originally written—all different.

The main thing is to try to be true—true to the characters, to the story, and to make things as consistent as possible—beyond that, have fun. 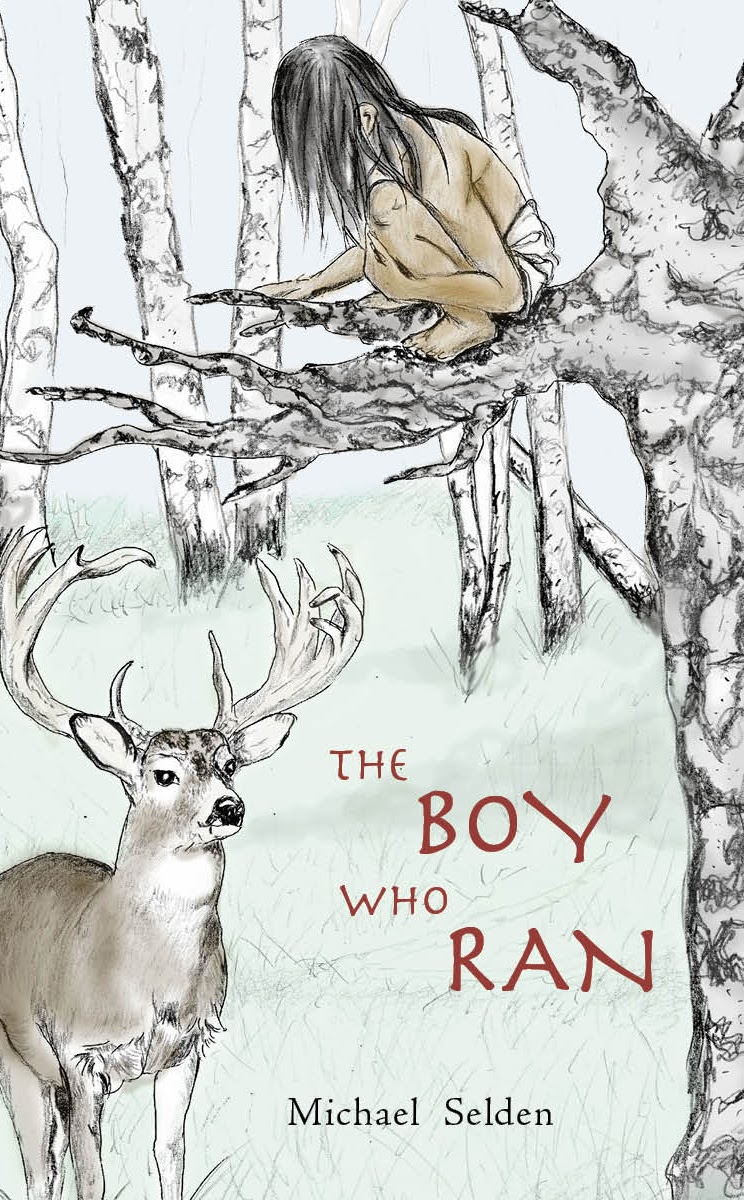 He was the sole survivor when his village was massacred. The boy spends his days alone in the woods feeling more of a kinship with animals than with the villagers who took him in but never really accepted him.
“To The People, he was an unexceptional looking boy, not especially tall, nor obviously talented. Few paid much attention to him if they thought of him at all. But the boy could move through the forest in a way that seemed almost magical – and he could run very, very fast.
For the boy, running was what was best in life. He sometimes ran across the wide open pastures to the west, even the wild animals might pause to look on at this strange human; to watch the lithe, smooth motion as he hurtled the rocks that seemed to grow from the soil. But it was in the woods where his talent was really special. He could run amazingly fast and in absolute silence through the densest forest without slowing. His body seemed to defy gravity as he slid between trees and through brush as though it were not there – a ghost. The boy saw and used his environment in three dimensions rather than the two that most people and animals perceived. This expanded vision provided him options the others didn’t notice, and he was as comfortable ascending and moving along paths high in the trees as he was on the ground.
There was a freedom and joy in his stride that belied his demeanor in the village. Nothing in the world was better than to run; and there was no place as special to run as the forest. It was his greatest pleasure and could lift the weight of his long sorrow like nothing else. No one could run like the boy, and no one but the boy knew this – it was his most important secret.”
THE BOY WHO RAN is a Middle Grade novel about a native American orphan finally attempting to find his place in the world. The story is set 6000 years ago in the mid-archaic period of North America. 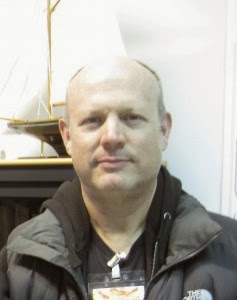 ABOUT THE AUTHOR
Michael Selden has lived all around the world and has been an eyewitness to numerous historical events such as the building of the Berlin Wall. His father was a non-commissioned officer in the United States Air Force. Mike was graduated from St. Mary’s High School, Colorado Springs Colorado and later earned a degree in physics from the University of Florida.
He has worked as a research physicist, program manager, and principal investigator on numerous scientific and engineering efforts his career. He first developed technologies and techniques that helped expand our understanding of the earth and the earth-moon system and even to validate the relativity principle of equivalence.
Later, he led a number of advanced research and development efforts for key technologies and systems for the department of defense. Clients included NASA, ASI (The Italian Space Agency), the Japanese Space Agency, the Department of Defense, and the military. He also led two major efforts for DARPA, the Department of Defense’s advanced technology and systems development agency.
Besides his work in physics and the publications in technical journals, he has always had a keen interest in literature, particularly fiction, and he began writing short stories when he was twelve years old.
Having achieved the goals he set for himself in science and technology, Michael retired from his first career to pursue his other passion, writing, turning what had been a life-long avocation into a full-time pursuit.
In July 2013, Michael moved from Baltimore, Maryland to Woodland Park, Colorado, returning to the region where he went to high school, to write and publish books.
When he is not writing, reading or staying abreast of the latest developments in the world of physics, he likes to travel and hike, cook, and ride motorcycles, meet up with friends. He is learning how to fly-fish and hunt.
Find out more about Michael Selden and his book at www.michaelselden.com.

Mayra Calvani said…
Thanks for being a guest on my blog and best of luck with the book!

Rosi said…
When I was very young (a long, long, time ago), my parents picked a book up at an estate sale and it became the absolute favorite of mine and my sisters. It was called Lolami: The Little Cliff Dweller and was about a Native American boy (Hopi, I think) who is left alone in a storage room in a cliff dwelling when the rest of his tribe is killed. The Boy Who Ran sounds like it has some similarities and I am going to put it near the top of my TBR list. Thanks for telling me about it.
January 24, 2014 at 2:45 AM

buzzCus.com said…
Such a good article. These tips are so helpful to KIDS. I found one more site related to kids articles. Please learn more about your KIDS here kidsvedas.com
April 4, 2014 at 10:14 AM