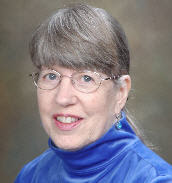 Janet Ann Collins used to write feature articles for a San Francisco Bay Area newspaper and her work has appeared in many other publications. She worked in the dormitories at California School for the Deaf for many years and raised three deaf foster sons with special needs in addition to a birth daughter. She is a retired teacher and enjoys public speaking. Since retiring, Collins and her husband moved to the foothills of the Sierra Nevada Mountains in Northern California, but often go back to the San Francisco Bay Area to visit family, including their grandson. Her first novel has just been released by Guardian Angel Publishing.

Tell us about your recent middle-grade novel, The Peril of the Sinister Scientist. What was your inspiration for it?

The Peril of the Sinister Scientist is about a boy who thinks he was cloned from the blood on the Shroud of Turin because a scientist who had worked on that experiment is stalking him. It’s a fiction book for kids from eight to thirteen years old.

The “What Would Jesus Do” movement made me think about how Jesus would act in Middle School back when I was a substitute teacher there, but I didn’t realize it was a plot idea until years later.

Probably my experiences working with people who have special needs led to the development of a character who uses a wheel chair. She just sort of popped into the story and turned out to be important to the plot.

Have you written other children's books?

Besides this one I have a picture book under contract that will be published in October. It’s about Nicholas, who discovers the adventure of secret giving and eventually becomes known as Santa Claus, and is loosely based on legends about Saint Nicholas. I signed the contract for that one before the stock market crash but I’m hoping it will help kids whose parents can’t afford expensive gifts this year to enjoy Christmas by inspiring them to help others secretly.

Did you always want to be a writer?

The summer before my seventh birthday my father died of polio. I was already reading at fifth grade level and escaped into the world of books as a way to deal with my grief. Ever since I’ve wanted to write fiction books for kids to help repay the solace, inspiration, and enjoyment books gave me. I used to write feature articles for a newspaper and have had things published in lots of other periodicals but The Peril of the Sinister Scientist is my first fiction book for kids. Having it published is a dream come true.

Magic Carpet of 16x Books said…
Terrific interview Mayra - as always!! Janet's Humberto book sounds fun, and what an amazing woman she is - on top of writing books for kids.

It is nice to get to know you better.